Did you know there was a 27th letter of the alphabet? It was still in use as recently as the 19th century.

The American alphabet hasn’t always been the 26 letters we know today. It has morphed and changed over the centuries.

So what was unfortunate letter number 27?

That stylize squiggly thing that means “and.” 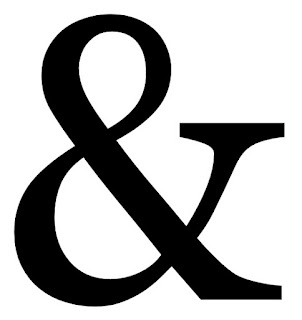 Not originally. It was a letter. But aren’t all letters really just symbols; something that represents something else?

So let’s go back to the “ampersand.” The end of the alphabet song would have gone like this . . . w, x, y, z, and per se and. This last bit after the “z” slurred together to become ampersand. The “ampersand” fell out of use and off the end of the alphabet. I have always liked it. I guess I didn’t realize most people didn’t use it. New life has been breathed into this wonderful little character with things like Twitter which limit the number of characters one can use. One character instead of three.

So what other beloved—or not so beloved—letters have we lost over time?

Let’s start with the “long s” which isn’t the same as a long vowel. It looks like this, a funky "f":


One might think is was in place of the lowercase “s”. Nope, we had that too. It was called the “short s”

No wonder it fell out of use, and it was mostly stylistic anyway and faded away around the beginning of the 19th century.

“Thorn” a much easier letter to understand, which looks a lot like the letter “P.”

You know those signs that say Ye Olde
In 1619, Alexander Gill the Elder created this letter to take the place of “ng”. This was a great theory. But alas, people chose not to use it, and it, too, fell out of use before it even became popular.

This is by no means an exhaustive list of extinct letters, but it’s enough.


Now All 3 QUILTING CIRCLE Books are Available in Audio, as well as Kindle and paperback!

Book 2: THE DAUGHTER’S PREDICAMENT (Placed 2nd in the Selah Awards)