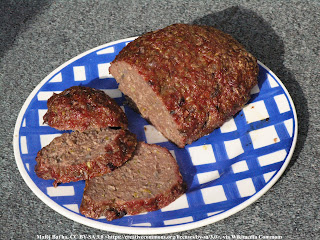 I was writing along in the story I was currently working at the time and needed to know a tidbit of info. Back when I first started writing novels, research was hard and slow and heavy. Why heavy? Because I had to check out a ton of books from the library and sift through them and hope I found the information I needed. Many times I did not. Sigh.

So what did I need to know? You probably guessed it from the title. I needed to know if my character could have a meatloaf sandwich in her memory from 1920. Low and behold, meatloaf was around from Roman times. Their recipe in the cookbook Apicius was a combination of chopped meat, bread, and wine. (Apicius is an example of discovering something while researching something else.) 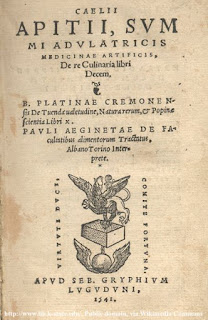 American meatloaf, as we think of it, dates back to the 1870s when a manufacturing company of a newly invented meat grinder offered recipes to go with their new device.

Meatloaf gained popularity during the 1930’s Depression. World War II rationing of the 1940s gave rise to  meat-free loaf. Say what? How can you have meatloaf without meat? Wouldn’t it just be loaf? What did they use in place of the meat? (I did a super-quick search but couldn’t find a recipe to learn what the mystery-meat substitute was. Perhaps they used mashed beans?)

Cooks got creative with adding seasonings and other ingredients to liven up this mealtime staple. Things like mustard, catsup, bacon, ground pork, and even meatloaf mixes. Creativity rose to the point where fancy restaurants made high-end versions to serve. 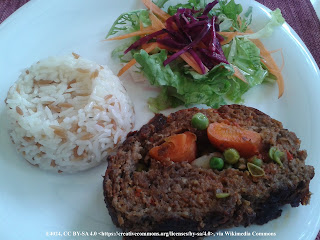 I’ve learned more about meatloaf than I ever imagined. It’s these little details that I feel bring a story to life. I could have simply said “sandwich”, but by being specific, the reader can more easily taste the food. I can almost smell the meatloaf my mom used to make. Mmm.